Beyond the Baltic Sea DLC brings to Euro Truck Simulator 2 the countries of Lithuania, Latvia and Estonia, parts of western Russia, and the south of Finland.

Dozens of new cities, towns, ports and villages, new industries, thousands of kilometers of roads await. You’ll drive through vast swathes of low lying, verdant landscape, dotted with relics of past ages, as well as stark reminders of the great upheaval of the last century. For the first time you will drive into Russia and visit the great northern metropolis of Saint Petersburg. Going further, you will enter populous and industrially rich regions of Finland, where you can enjoy the unique experience of driving efficient High Capacity Transports.

You’ll meander your way around lakes and rivers, and forests of pine and birch will often close upon you as you journey through these countries of quiet, subdued beauty. Welcome to the lands beyond the Baltic Sea!

Cities included in the expansion 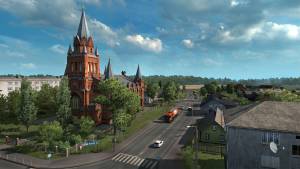 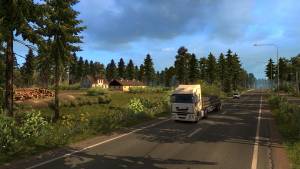 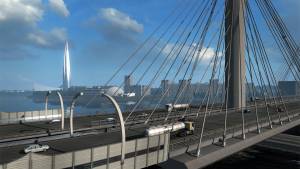 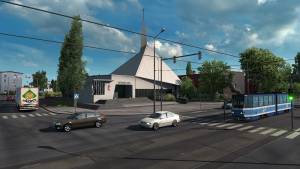 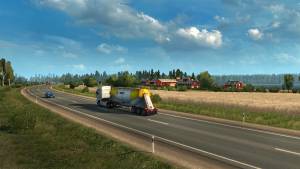 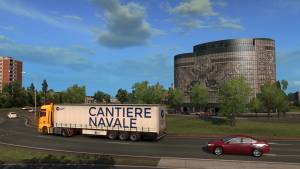 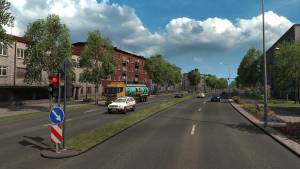 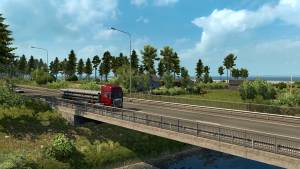 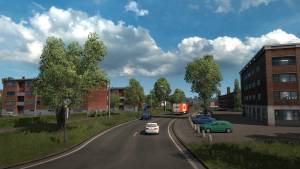 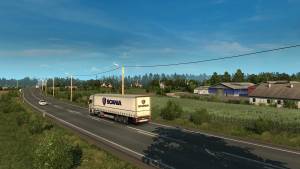